Home > Buying in Europe > Buying a Property in Croatia

Buying a Property in Croatia 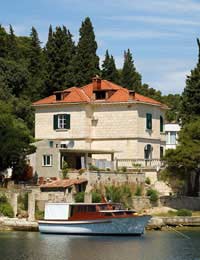 Croatia has had property investors spell-bound for the last few years. The pros will tell you that there’s no life in the market and it’s too late now and that may be true for professional investors. But for ordinary people who are looking for a place in the sun, what that means is that it is now a safer place to buy, that the risks are lower, and there is still, by all accounts, some real potential for capital growth.

There is incredibly attractive countryside inland, wooded hills clustered around clear blue lakes, which is beginning to attract the rural idyll seekers who want an old farmhouse or barn to convert so that they can live the good life. But it’s the coastline that’s attracting the real attention.

The Croatian coast faces the east coast of Italy on the Adriatic Sea and as well as the white beaches, secluded coves and intricate inlets, there are more than a thousand islands dotted up and down the coast.

Croatia’s surge in popularity began in 2003 as holiday home buyers from the UK and Ireland shook off their apprehension about the conflicts that had devilled the Balkans since the disintegration of Yugoslavia. There is now a slight problem in that there is a wait of up to six months for the essential foreign ownership permission to arrive from the Ministry of Foreign Affairs. Fortunately there are workarounds; one is to set up a Croatian company and buy the property in the company’s name, the second is to pay the money and move into the property while waiting on the MFA. This sounds risky but in practice the permission is a formality so the risk isn’t great and can be mitigated against by careful contract drafting.

One of the main coastal areas is on the southern Croatian coast or Dalmatia, where the ancient towns of Split and Dubrovnik have an olde worlde feel, and the islands off the coast such as Brac, feature fishing villages and quiet beaches. Dubrovnik has the highest property prices in Croatia and the lowest price, for a studio, would be around £100,000. People buying in or around Dubrovnik to let out tourists are encouraged to go for the highest specification finish, as the clientele is more cultured and will pay a premium for luxury.

The other major growth area is the Istrian peninsular, on the northern coast not far from the border with Italy. Here properties in a new-build complex close to the marina are going for around €125,000 upward, and for a fixer-upper, you can’t beat a stone fishing lodge right on the beach (it’s a big hut really), which can be converted into a two bedroom house, on sale for €49,500.

The most important thing when buying in Croatia is to insist on seeing proper ownership documents, originals, not copies, and get them verified by an independent, bi-lingual lawyer. There are warnings of a property ownership time-bomb, which will blow up when Croatia joins the EU in a few years time and all the disposed former owners will return to claim their property. But as long as all the ownership papers are in order, this will protect you.

The buying procedure is fairly straightforward, a deposit of between 5 to 10% is paid when a preliminary contract has been drawn up which describes the sale in detail. A notary then certifies the contract and on completion, the land registration is changed, the rest of the money, the taxes and the fees are paid, and keys handed over.

Estate agents’ fees are about 2.5 to 3%, lawyers around 1.5%, property transfer tax 5% and the notary and their translator’s fees will be around 500 kuma (approx. £50). Vat is high in Croatia at 22% but only levied on new-build properties, but make sure it has been included in the price you have been quoted.

Dip Your Toe in the Water

Croatia has much to recommend it, friendly people, great weather, Italian and Greek influenced Mediterranean food, fantastic beaches and, in the towns, bright café life. Get in now and the rewards can be felt in your lifestyle as well as your wallet.