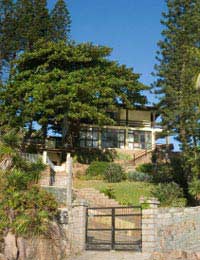 Brazil is a new market for the United Kingdom but it is attracting buyers fast as Brits begin to spread their passion for buying property ever wider round the globe. According to a UK-based currency transfer firm Brazil was the ninth in the list of the most popular property buying locations for UK residents in 2006.

Brazil has been highlighted as the country with the resources to become the focus of economic growth in South America. Unlike many of her neighbours, Brazil has managed to lower inflation and has an attractive exchange rate. But Brazil is still, in many respects, a developing nation with poverty and corruption still very much in evidence.

The rich and vibrant culture and dramatic coastal and inland scenery makes Brazil attractive though, and the weather means that seaside holiday homes can be filled for 30 weeks on average.

With such a massive country it’s impossible to generalise about the property available, but most UK-based buyers so far have concentrated on the north-eastern tip of the country, where reputable companies are building holiday complexes on the beautiful Atlantic seaboard. All around the coast to the north and south of Natal, the principal town in the area, apartment complexes are being built with prices as low as £30,000, and £16,000 for plots in a gated complex.

The downside is that although this area is much closer to Europe, the flight time is still 11 hours and there are no direct flights from the UK, a transfer in Lisbon or somewhere in Brazil is required. This is likely to change though, if Brits carry on investing in the area at the rate they have done in the last couple of years. Many takers have been retirees, as it’s possible to have a very good life for only £1,000 per month.

Similar areas abound all down the coastline to Rio de Janeiro and beyond, and in many of the larger towns and cities such as Rio; there are opportunities to buy units in established high-rise tourist apartment blocks with good rental returns. With some of these areas averaging 300 sunshine days every year, the internal tourism market is very strong and is now being added to by major global tourism players from the USA and Europe.

There is activity in the city apartment buy-to-let market aimed at long-term tenants, but many cities in Brazil are volatile and careful research is required to make sure you are investing in a safe area. For the adventurous, take a look at Brasilia, the new capital city of Brazil that was started in the jungle only thirty-odd years ago. Written off as an extravagant folly by many for a long time it now has 2.3 millions people living in it and is maturing well.

In order to purchase property in Brazil you need to obtain an ID called a CPF, for which you will need a Portuguese translation of your birth certificate, certified at the Brazilian Consulate in the UK. Then take this and your passport to the Banco do Brazil with your original birth certificate and your passport. The following day you can collect your CPF number from the Receita Federal and the card itself will arrive in the post around two months later.

Paying the asking price for a property is not necessary, in Brazil it is assumed that you will haggle for anything and houses are no exception, unless you are buying off-plan in a major development. As foreigners are not allowed to raise mortgages in Brazil, you will need in cash or borrow from home. For the buying process you will need a lawyer, and probably a bilingual one unless your Portuguese is strong enough to decipher legal documents.

They will apply for the Matricula -- a sort of passport for the property in question that contains the history of the property, it’s ownership and any major works done to it. This enables you to check, most importantly, that the person selling you the property actually own it outright. The lawyer should also take the Imposto Predial e Territorial Urbano (IPTU) number from the Matricula and check that the property does not have any loans secured on it, or other debts such as unpaid management fees or local taxes. The notary public will register the sale once they are satisfied that the paperwork is all correct.

The most important thing is that if there is any doubt at all about the authenticity of any documentation, or you do not get satisfactory answers to any queries that you raise, then walk away – there’ll be another property just as good around the corner.

The overall cost of extras varies between three and eight per cent, depending on the type of property and the location. Legal fees are generally about the same as the UK at between £500 to £1000, roughly 4-5% for the property transfer tax and 1% import tax on the funds that you bring into the country. You should expect to pay a deposit of around 10,000 Reals (currently about £2,500) when the deal is initially agreed.

Brazil is currently not for the faint-hearted investor, but there are signs that an investment now might well pay major dividends in the future.
Next Page